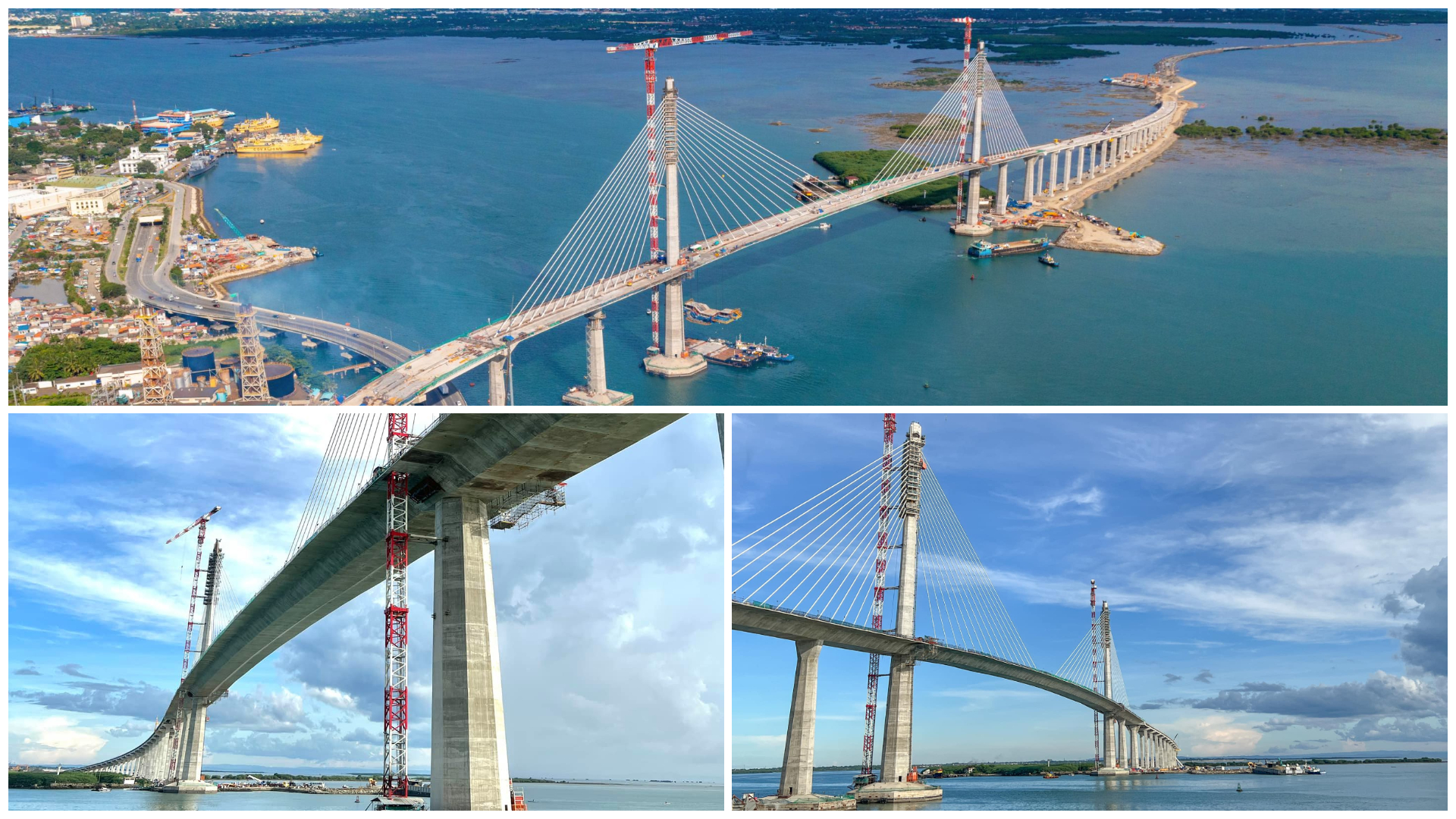 It’s crazy to think we now have an 8km toll bridge in mainland Cebu that connects to Cordova, this is a pretty big deal, not just for the Cebuanos, but also for all the Filipinos. This ₱30 billion project from Cebu Cordova Link Expressway Corporation is a long-awaited project that began in June of 2017.

And here we are, having the main bridge’s deck finally connected, which is marked as a significant event and historical moment this year.

Though the official site’s data still records that CCLEX’s overall progress is still roughly at 85.38% on the 30th of September 2021, it is already near completion and has already reached its first major milestone. Our very own 8km toll bridge expressway is set to be completed by the end of this year, and be fully operational early next year. Hopefully!

On the 15th of April, from the top of its 145-metered pylons, the symbolic 8 crosses illuminate the deck, along the cityscape of Metro Cebu, celebrating the 500th anniversary of Christianity. It is said to be a beacon that represents the light of hope and progress. Quite poetic if you ask me.

October 5, 2021 – CCLEX had completed its construction in the main bridge, filling the two-meter gap of the final segment in the 390-meter deck with concrete, marking its major milestone.

What is ‘RFID’ you say? It’s the acronym for Radio Frequency Identification which means that this sticker is no ordinary one! It’s capable of electromagnetically transmitting digital data towards a machine/reader.

For those who still don’t get it, it means the ‘contactless and cashless’ toll process of using CCLEX’s electronic toll collection system to provide a more constant flow of traffic on the bridge.

This also means that you can now register online for an appointment for your CCLEX’s issued RFID sticker installation on your vehicle! this link will direct you to their official website: https://cclex.com.ph

Currently, there are only two RFID installation sites in Cebu – both mainland and Mactan Island.

Anyway, this is all we know as of yet – there will be more updates and highlights to come, so stay tuned!